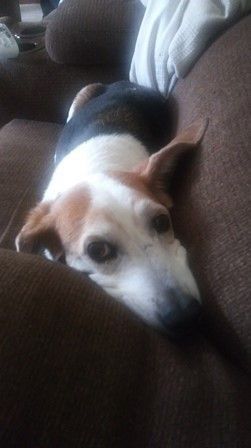 Barney was by far the best dog we’ve ever had the pleasure of knowing. He was so well behaved and quiet. We adopted him as a puppy and named him H.A. Barnaby (H.A. for Hop Along due to an injury he received prior to us adopting him). Unfortunately, in mid January, 2017, at the young age of 9 he developed a very aggressive form of cancer on the thyroid gland and had to be relieved of his suffering on March 15, 2017. He will be sorely missed and will always have a place in our hearts.